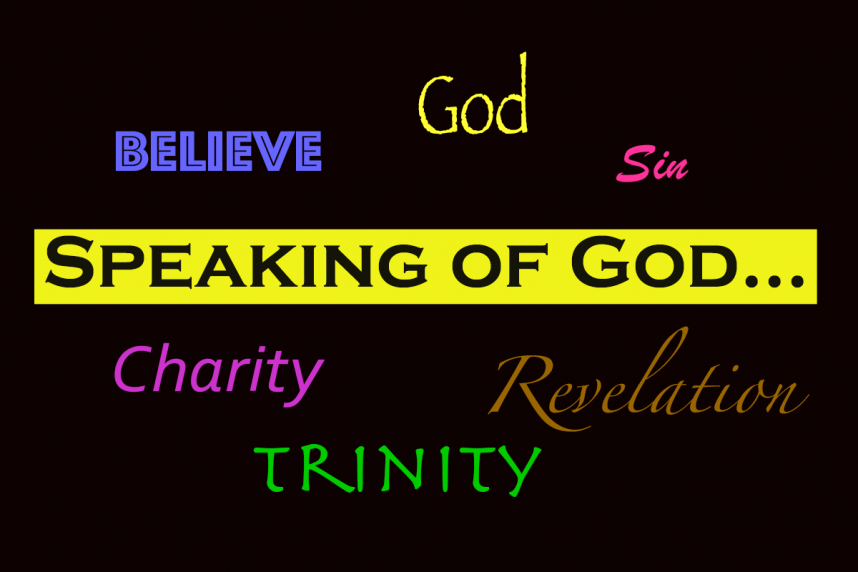 In one of our small groups, we are reading Karen King’s “The Gospel of Mary Magdala” which was written in the second century. In it Jesus says, “There is no such thing as sin,” but later clariﬁes that people sin when they follow their material self as opposed to their spiritual self. Orthodox Christianity did not include this gospel probably because of this statement and others, but the writer is reﬂecting some of the thought of Eastern religions as well as that of Greek philosophy.

Paul Alan Laughlin, also associated with Westar (Jesus Seminar), wrote “Getting Oriented” about Eastern religions and Christianity, and I ﬁnd it useful in integrating the mystical traditions of East and West. Most of the writers I have read reject anything that looks like Original Sin or Paul’s position that we are “born in sin” and that we can only be saved by Jesus’s sacriﬁce (to appease an angry perfect god.) Laughlin, however, writes that “evil is an undeniable element of human existence” which I often point out to the annoyance of others. He also concludes “most of us are in need not of redemption, but of enlightenment; the rest need psychological or psychiatric help.”

The gospel is the freedom from whatever darkness we have chosen to the realization that we are the Light. I believe we all choose some model to imitate, and while Eastern religion has many good options, mine still seems to be with the tradition that was handed to me about the life of Jesus. Jesus did not speculate about the nature of sin, but he healed people and said their sins are already forgiven. Now it is up to me to forgive and serve others, and as we sang recently in church, to let my Light shine.