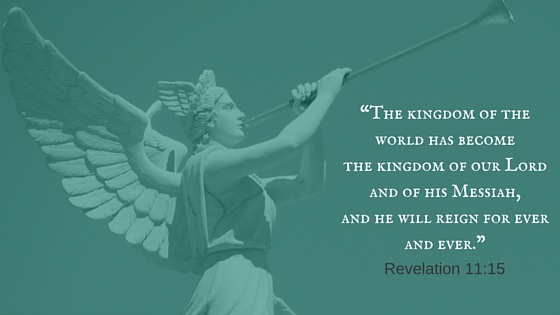 This Sunday, November 22nd, marks what many Christian churches throughout the world will celebrate as Christ the King Sunday. In the higher liturgical churches, this is culmination of the Season of Kingdomtide and thus the end of the Christian year. Many of those same churches will observe a Season of Advent—the start of the new Christian year—on the following Sunday, November 29th. But if ever the Christian calendar seemed out of step with that of the world’s, it certainly seems so this year.

Once again churches this past Sunday focused their attention and prayers on yet another tragic terrorist attack,this time at six locations across the city of Paris, taking the lives of 129 and injuring hundreds more. We mourn for those whose lives were lost and with those whose losses will cause lifetimes of grief. We also pray for those who now suffer from fear—very much the same as those citizens of New York City over fourteen years ago. Many still suffer from lingering fears to this day.

We pray for the thousands of refugees who’ve fled Syria and other war-torn regions seeking protection for themselves and their children. We mourn the loss of life as we are haunted by images of children whose lifeless bodies have washed up on shore —their lives and escape cut short by the overloading of boats. We’re devastated by the tens of thousands of immigrants in this country whose children’s futures are uncertain because of broken immigration policies. They suffer under the constant threat of deportation to lands with which they are totally unfamiliar.

Our hearts ache for victims of senseless killings, whether in a crowded movie theatre, elementary school, military base, shopping mall, or, yes, even within the walls of our nation’s churches. And we could go on and on and on—couldn’t we?

And so, as Christ the King Sunday approaches, I am obliged to remember the words of Jesus himself when, confronted by Pilate at his trial, he responded: “My kingdom is not from this world” (John 18:36, NRSV). But then I also remember words spoken with the sound of a seventh trumpet, to the effect that “The kingdom of the world has become the kingdom of our Lord and of His Christ, and He will reign forever and ever” (Revelation 11:15, RSV). O how I yearn for such a trumpet blast today!

Scripture quotations as noted are from the:

Revised Standard Version of the Bible, copyright © 1946, 1952, and 1971 the Division of Christian Education of the National Council of the Churches of Christ in the United States of America. Used by permission. All rights reserved.

New Revised Standard Version Bible, copyright © 1989 the Division of Christian Education of the National Council of the Churches of Christ in the United States of America. Used by permission. All rights reserved.