Our handbells were donated in 1986 by former Pastor Warren Bonner in memory of his wife, Velma.  Leadership of the Bonner Bells has passed from Carolyn Bisel to Bill Hanna, and since 2000, Diane Levorsen.

A History of Handbells

Handbells were invented in England (the ringing isle)  in the 17th century as a way for church tower bell ringers to practice their changes, mathematical arrangements that preceded ringing tunes.  The smaller instruments allowed them to get out of the drafty belfries and into someplace warmer, like a pub.  It is still true today that ringers have more fun than anyone else in the church.

In 1844, P. T. Barnum brought the Swiss Bell Ringers to tour. These were actually the Lancanshire Bell Ringers of England. For entertainment purposes he changed their name & dress to give the impression that they were from Switzerland.

A handbell set was brought to America in the early 20th century to Boston by Margaret Schurcliff, who founded the Beacon Hill Ringers. 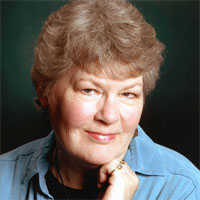